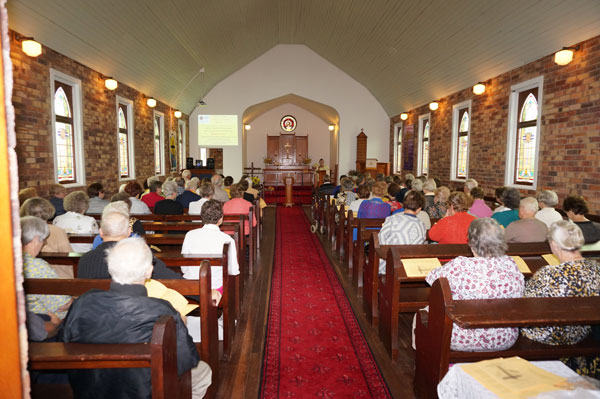 The day had a golden hue as 89 women gathered together at Haden for 2017 rally. We were encouraged to wear gold yellow to mark 50 years of the LWQ Darling Down Zone. The hall was decorated with banners of past rallies and fellowship days. A slide show of current guilds/fellowship was presented and 50 years of memorabilia were on display. 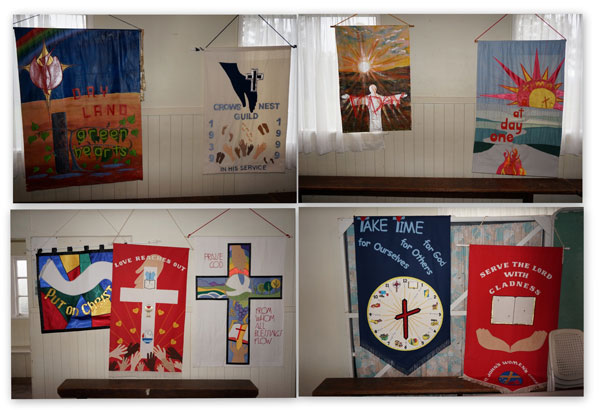 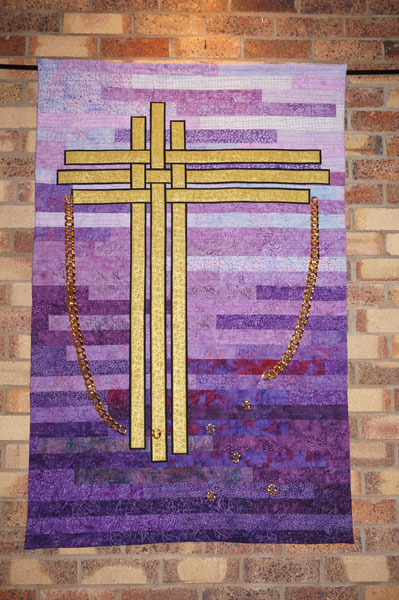 Our spirits further brightened as we came together to celebrate with the theme He Set Us Free! Rev. Robin Hoffmann opened with thoughts from Mark 16: 1-7. The angels told the women the good news- Jesus is risen. He broke the bonds that held him in the tomb, in death and he also broke the bonds of that held us prisoners. 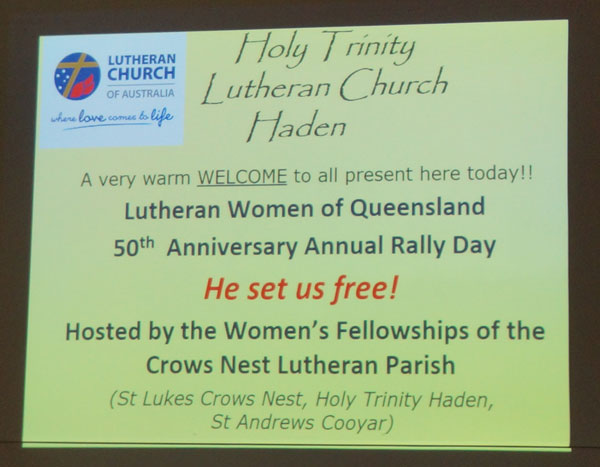 In his Bible study, Robin led us through a journey from the Garden of Eden and the freedom Adam and Eve enjoyed until they believed the “false news” of freedom the Devil gave them. The Journey took us via Egypt where the Abraham’s descendants were slaves and were set free, to Babylon, where once again they were slaves and were liberated, to Roman occupied Israel and Jesus’ time on earth. 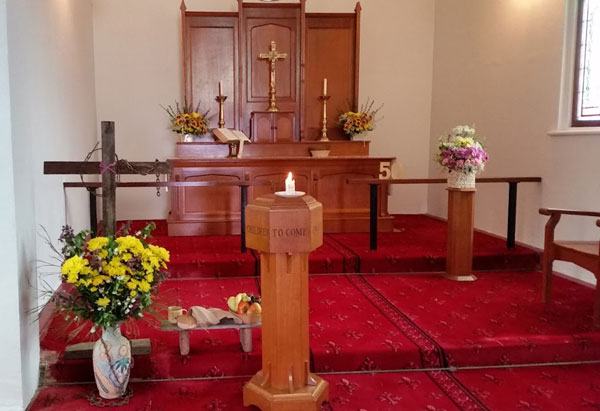 Throughout his ministry Jesus gave many freedom from blindness, illness, demons, death. In John 11:38-44 Jesus raised Lazarus from the dead and told the people to take off the cloths and “let him go”- Lazarus was free. Through Jesus’ death and resurrection we were let go” from the hold of sin and death we are free. We were left with this challenge — what will you do with the freedom you now have?

Rev Maurie Fielke and Pat Forrest spoke to us about their work with Kairos Inside — an organization working with inmates of prison. There program does not judge nor do they ‘missionize’ but they walk alongside the prisoners accept them as men who already have God’s grace and Christ unconditional love. The day’s offering of $952.80 was shared between Kairos Inside and the LWA project — Men Wok, PNG Women’s Leadership Training.

Former Members of the Executive 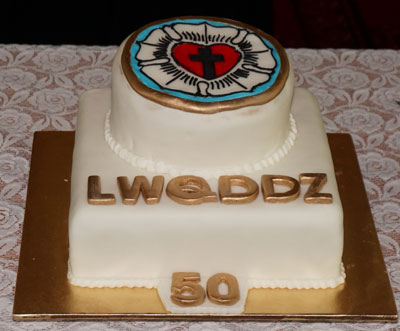 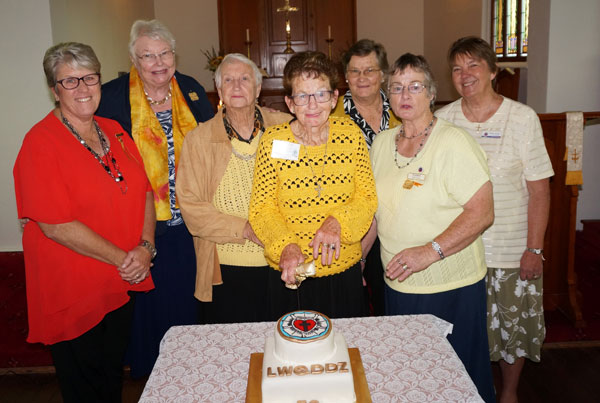 Held: April 9, 2019 Hosts for the day IMMANUEL BUDERIM, welcomed Ladies and Gents with…