On the 19th April  Women from the West Moreton Zone received a warm welcome  from the Peace Woman’s Fellowship Gatton for Rally Day 2016. Attending were 44 people including Bishop Paul Smith, Marilyn Barber (LWA Ex) Karen Bryce, Heather Kleidon and Ros Vonhof (LWQ Ex). The theme was “ Love one another”

The host Pastor, James Haak ‘s devotion was from 1 John 4.  God is love. Love is the greatest thing. Because of God’s love  he sent His Son as an atoning sacrifice for our sins. Because God loves us we should also love one another.

The speaker was Karyn Rosenthal.  She spoke of the work that is being done at Mary & Marthas. The offering of $534 was given as a donation to this cause. 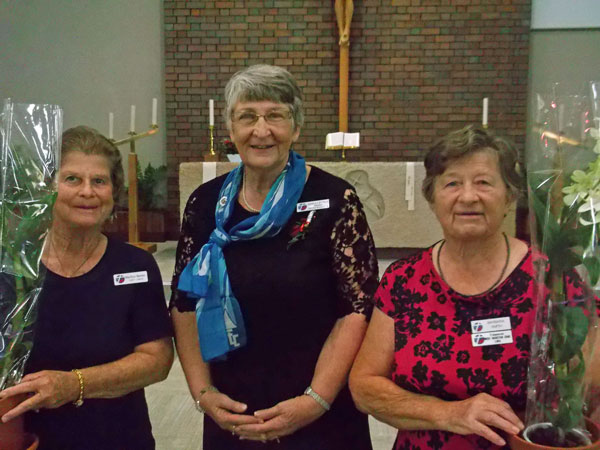 Marilyn Barber and Barbara Smith received a gift in recognition of their time in the Zone Executive but have now moved on.

It was great having a sing-a-long with Peace School children. 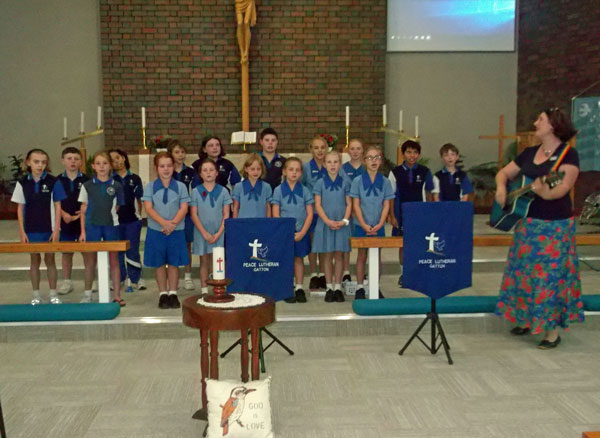 “How Great Thou art” was sung in memory of members who gave gone to their eternal home this last year.

Bishop Paul Smith and Karen Bryce  reported on activities in the church and Lutheran Women Queensland.

A successful year with $16,000 having been distributed  between Charities

Student Numbers have grown to 729 this year. The building program is continuing. WMZ Ladies have been asked for donations to their fund in  supplying  cushions to a Kindy at Tanna, Vanuatu  so they have something to sit on after the Volcanic eruption. The zone will donate $500.

The volunteering program is a very important part of the home.

This organision is now being wound up because of declining numbers. The money on hand is being spent on furnishings  in Tabeel.

Closing Devotion  by Pastor Milton Fritsch: Love is the hall mark of a Christian Life. We have love for God and love for each other. We can have this love because God first loved us. Because of this true love flows through us to all people even to those that we find difficult. 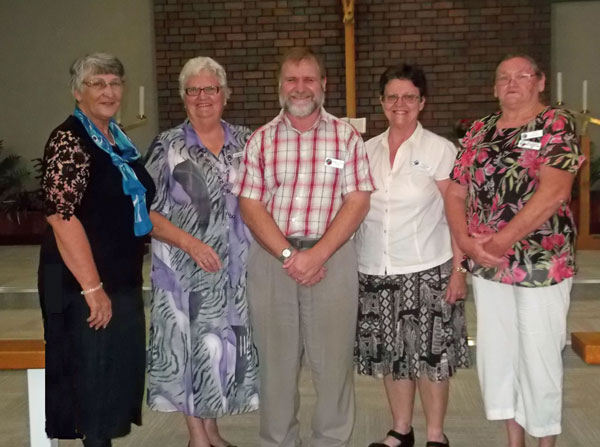 Kayla Freund is a LWQ Bursary recipient and she writes... If you would like to…

Held: April 9, 2019 Hosts for the day IMMANUEL BUDERIM, welcomed Ladies and Gents with…

We regret to advise that our planned convention for October 2020 is cancelled.