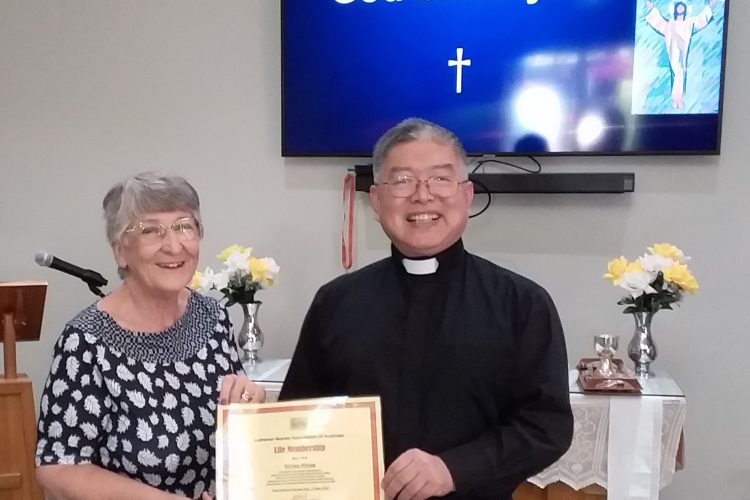 Shirley Klinge, of Laidley, Queensland, was honoured with Life Membership of LNAA (Lutheran Nurses Association  of Australia). She was presented the honour by Rev.Jing Luan of Laidley Church.

In 1998 Shirley completed an Introduction to Parish Nursing course at what was then Luther Seminary, and was appointed part-time Parish Nurse at Redeemer Lutheran church in Laidley.  She served in this role until last September.  Shirley was appointed as Pastoral Care Nurse at Faith Lutheran College, and served there for 13 years – in a full-time position in latter years.  She came to be fondly known by the students as the ‘Nanna Nurse’.   During her first years at Faith she also served as the inaugural college chaplain.  She came out of retirement last year to again serve as chaplain for several months.

Returning to Dalby, Shirley worked in ICU there for five years, then in 1983 she was appointed Director of Nursing at the Tabeel Lutheran home for the aged in Laidley.